The word "Huairou" first appeared in the Book of Songs, a collection of Poems in China, which has a history of more than 3,000 years. Here is a sentence in pinyin from the Book of Songs - Song for King Wu of Zhou Dynasty - the Era: "A sacrifice to appease the mighty god for the whole nation yearning for a wise lord.” It means to be kind to both the gods and cherish our rivers and mountains. In 1368 AD, The Ming Dynasty set up Huairou County, which is basically within the same jurisdiction of the Huairou District today. In December 2001, The State Council approved to revoke Huairou County and establish Huairou District.
Huairou District, located in the northeast of Beijing, covers a total area of 2,122.8 square kilometers, the mountainous areas of which account for 89%, making it the second largest district in the city. The Master Plan of Beijing City (2016-2035) defines the functional positioning of Huairou District as follows: Key ecological conservation and regional ecological governance cooperation area in the north of Beijing the capital, ecological development demonstration area serving the country's foreign exchanges, and green innovation-led scientific, technological and cultural development zone.
During the "14th Five-year Plan", Huairou District will continue to create a new situation of science city leading the "1+3" integrated development by following its positioning as the important supporting zone of capital functions and ecological conservation zone, adhering to the work concept of “Making Huairou a Science City”, building the Beijing Huairou Comprehensive National Science Center, protecting a good ecological environment, fostering an ecosystem of scientific and technological innovation, creating a new urban form, fostering advanced, sophisticated and top industries, and creating a clean political environment. 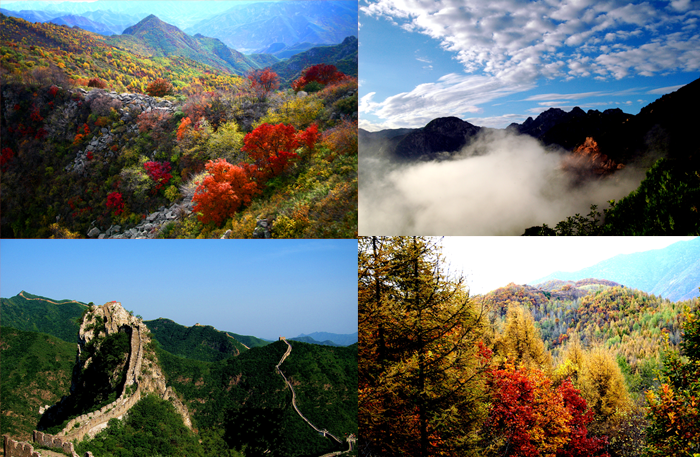 More than 98% of the areas of Huairou district locates in the first-level, second-level and third-level drinking water conservation zones of Beijing, and its surface water quality has been among the best in the

city for many years. In 2020, the forest coverage rate of Huairou District was 77.38%, and the forest greening rate was 85.02%, both ranking first in Beijing. From 2015 to 2020, Huairou District ranked first in ecological environment Index (EI Index) for six consecutive years. In 2020, Huairou District was the first to reach the "20+" level in respect of PM2.5 in the city, and the concentrations of PM2.5, PM10, SO2 and NO2 and the number of days with heavy pollution were the lowest in the city. The total number of quality homestay in the district is 563, ranking first in the city.

Huairou Science City, with a planned area of 100.9 square kilometers, is the only centralized supporting region of a comprehensive national science center in Beijing and one of the main platforms for Beijing to build an international science and technology innovation center -- "three cities and one district”. Its strategic positioning is to build a world-class original innovation supporting region to meet the national strategic needs.
At present, the construction and operation of the Beijing Huairou Comprehensive National Science Center have been the top priority. The development of science facilities platforms during the 13th Five-Year Plan is accelerated, the comprehensive extreme-condition experimental device runs well, the secondary structure of multi-mode cross-scale biomedical imaging facility is completed, the numerical simulation facility of the earth system is completed and put into operation, the electronic gun of the first accelerator equipment of high energy synchrotron radiation source of the Institute of High Energy Physics, Chinese Academy of Sciences is installed, and the phase-II civil construction of meridian project of the pace center is basically completed. Construction is accelerated on 11 scientific and educational infrastructure facilities and 13 cross-cutting research platforms. A number of device platforms have been subjected to scientific research and started to produce scientific research results.
Beijing Huairou Comprehensive National Science Center and National Laboratory is an important support for the construction of Beijing International Science and Innovation Center. While focusing on the comprehensive national science center and national laboratory and vigorously promoting the integrated development of the Science City, Huairou District has accelerated the construction of science and technology innovation ecology and continuously attracted new research and development institutions and various innovation subjects to settle and develop here. Beijing Yanqi Lake Institute of Applied Mathematics has 35 scientists and has held more than 80 academic activities. Beijing Institute of Nanoenergy and Nanosystems, Chinese Academy of Sciences has been settled here as a package deal, which has applied for 37 NSFC projects and 44 national patents. The site selection of Beijing Institute of Stem Cell and Regenerative Medicine is completed. It maintains the momentum of “attracting talents and scientific research institutions”. At present, there are more than 3,000 researchers working and living at the Huairou Science City.
The new urban form is an important support for the construction of the Science City. To build a new urban form, Huairou District comprehensively promotes the integrated development of "science + city". At present, the Urban Hall project has been started, the Kelite Apartment has been renovated and put into operation, Qimeiyuan Talent Apartment is about to be put into use, and the first stage structure of Yanqi International Community has been capped. Huairou - Miyun Line and Tongzhou-Miyun Line of Beijing Suburban railway as well as Beijing-Harbin High-speed Railway are put into operation. "Huairou mode" of bike-sharing operation and management is established, and more than 2,500 shared bikes and 7 periodic-renting cars are provided. The phase-I Yanqi River ecological corridor is put into use. The Pacific coffee, Holiland, Gloria Jean's Coffees and other commercial brands are introduced and arranged dispersedly. The Science City featuring both garden and homeland is being built now. 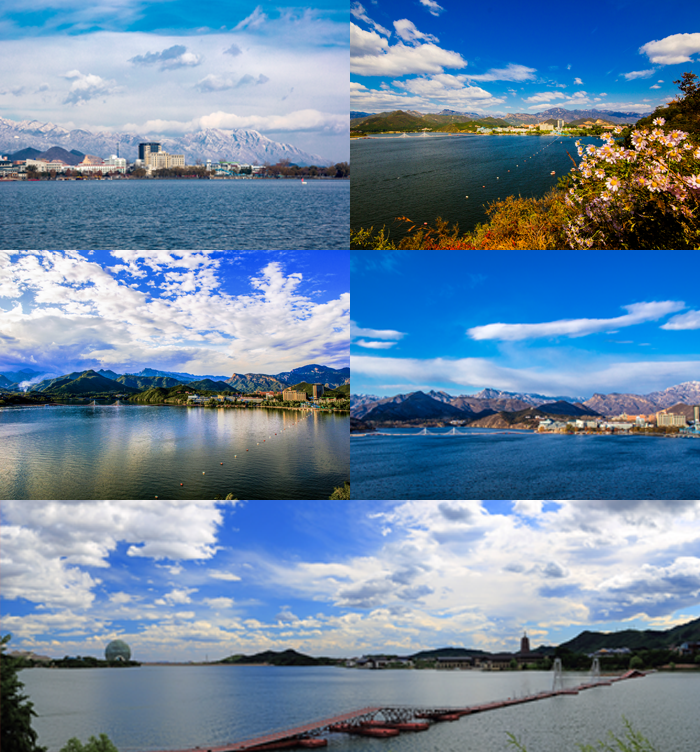 On April 2, 2010, the CPC Beijing Municipal Committee and the People’s Government of Beijing Municipality made a decision to implement the construction project of Beijing Yanqi Lake Ecological Demonstration Zone. Covering an area of 21 square kilometers, the project construction commenced in December 2010 and it was completed and put into operation at the end of September 2014. The place becomes a worldwide sensation for its hosting of the 22nd APEC Economic Leaders’ Meeting in 2014, the two Belt and Road Summit for International Cooperation and many other high-end international political and economic conferences, and has become an international conference resort worth its reputation.

The Beijing Yanqi Lake International Conference Resort houses top-of-the-line conference venues with supporting facilities such as Yanqi Island, Sunrise Kempinski Hotel Beijing, the Beijing Yanqi Lake International Convention & Exhibition Center and Swan Lakeview Hotel Beijing. From the APEC China 2014 to the end of 2020, the Conference Resort hosted more than 15,500 conferences and exhibitions of all kinds, with over 2.05 million participants and visitors and a consolidated revenue of nearly 1.85 billion yuan.

Centering on the functional orientation of "the core area serving the country's top-level international exchanges and holding full-process home diplomatic activities," Huairou District is now carrying out the expansion and upgrading of the Beijing Yanqi Lake International Conference Resort in accordance with the "one core (Yanqi Lake), two rings (around the lake and mountains), seven clusters" plan. In terms of key functional projects, the Yanbai Mountain Villa renovation project has a planned total area of 35,000 square meters, with A Thousand Li of River and Mountains, a scroll created by the Northern Song Dynasty painter Wang Ximeng, as the blueprint for modernization. With a total area of 37,000 square meters as planned, the Qihu Cluster reconstruction and upgrade project is intended to build an area holding high-end conferences. After completion, it will serve as a media service center for high-level summits and a service place for various exhibition staff, while satisfying the needs of weekend outings.

On May 4, 2014, the then State Administration of Press, Publication, Radio, Film and Television of the People's Republic of China (National Radio and Television Administration today) officially approved the establishment of China (Huairou) Film and Television Industry Demonstration Zone. With the State Production Base of China Film Group and Beijing Film Academy Huairou Campus at its core, the zone covers an area of 6.99 square kilometers as scheduled, covering Blocks 07 and 08 of the Yangsong Cluster, Huairou New City. So far, the core area has seen investment of nearly 7 billion yuan in total, housing more than 600 film and television and related companies such as China Film Group, Bona and iQIYI. It has welcomed over 3,000 crews to make films. In recent years, half of the blockbusters with a box office take of over 100 million yuan in the Chinese film market were derived from Huairou. 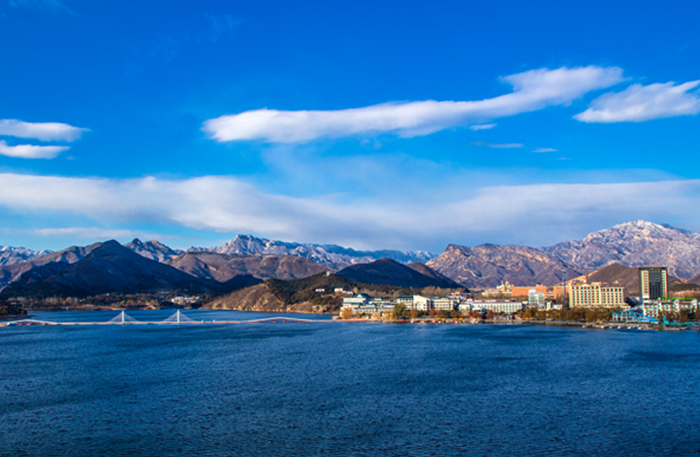 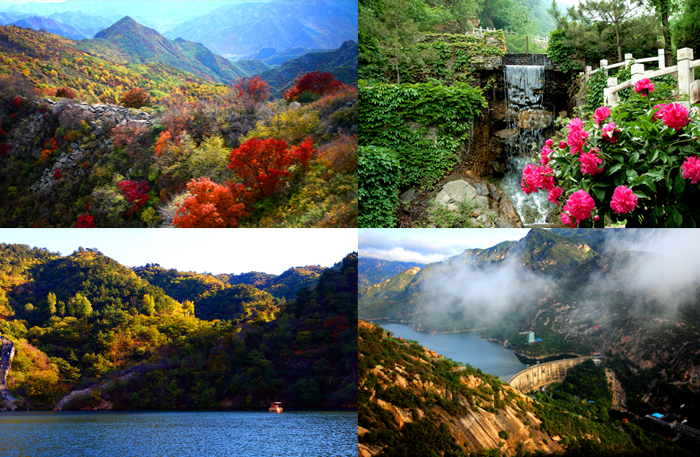 Huairou District continues to deepen education reform and implements the strategy of "High Peaks and Plateaus". It has successively introduced urban high-quality educational resources from 10 schools including Beijing 101 Middle School, Beijing No. 2 Experimental Primary School and the High School Affiliated to Tsinghua University, and implemented integrated school management in order to achieve integrated development and shared growth in many aspects such as management, resources and courses. It is taking positive approaches to advance the construction of educational supporting projects such as the Beijing Third Experimental School and Science City International School. To highlight the characteristics of educational technology, all primary and secondary schools will be allocated a vice principal with technology background, and programming education and STEAM+ courses will be rolled out in an all-round way.

Medical services in Huairou District are getting better. Three hospitals – Huairou Hospital, Huairou District Hospital of Traditional Chinese Medicine and Huairou Maternity and Child Health Care Hospital – are all "operated by district and administrated by municipality” to achieve full coverage of visits by municipality-level experts in various specialties. At present, Huairou Hospital has successfully advanced to a 3A general hospital, with its International Department in trial operation and the second phase of expansion that has completed 78%; Huairou District Hospital of Traditional Chinese Medicine has successfully established itself as a 3A medicine Chinese hospital. In Huairou District, the contracted service rate of family doctors among key populations exceeded 98%, and the satisfaction rate of pre-hospital emergency calls reached more than 97%. Regional medical environment and diagnosis and treatment levels continue to improve.